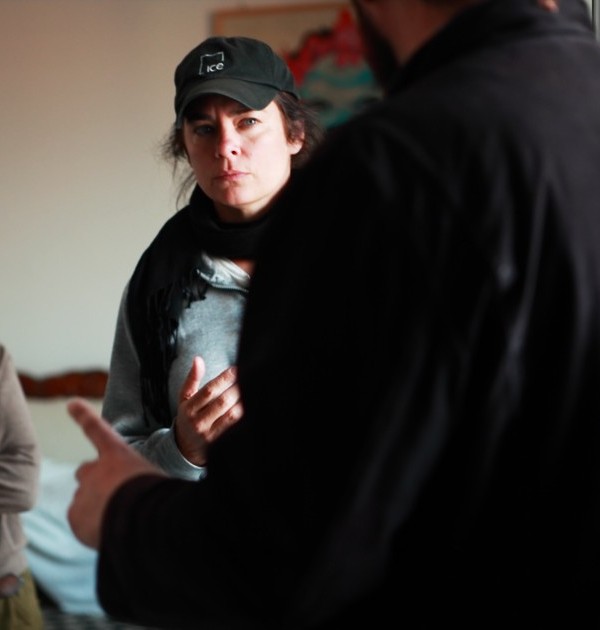 Bayne has an unbridled passion for making films that are original and meaningful. Her writing and directorial debut was the short film ARGO, starring Jordana Spiro [Ozark, Good Wife]. Her critically acclaimed film THE SEA IS ALL I KNOW, starring Academy Award winner Melissa Leo won multiple awards in its festival run, earning consideration for an Academy Award and becoming a Vimeo Staff Pick. Leo described Bayne as “one of the finest directors I have ever worked with”. Most recently Bayne directed the short film/music video, “Red Flags”, which is a powerful manifesto to breaking the cycle of toxic relationships. This is her genesis NFT drop.

Currently, she is in development on her American feature THE LAW OF UNINTENDED CONSEQUENCES, her Spanish feature BLACK SORROW and her film installation/digital series THE LORCA PROJECT.

A force of nature in the cutting edge NFT game, Bayne has founded the NFT Film Squad whose mission is to disrupt and innovate in the film industry.

Bayne’s company Shooting Angels is powered by Spain’s A-list talent. Based in NYC and Madrid, the goal of Shooting Angels is to be a preeminent bridge producing films and television in both Spanish and English, in Spain and the U.S.